Can Cod Be Saved?

Overfishing and inept management have driven Atlantic cod to the brink. Now climate change looms. Atlantic cod still have a chance at survival, but it’s not going to be easy. 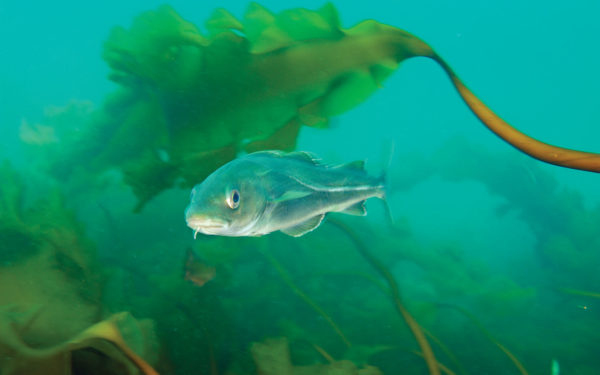 For centuries, Atlantic cod has been essential to New England’s identity. Yet today, you can rarely find locally caught cod in a grocery store or on a menu – because it has been fished to the brink of disaster. Here’s what it’s going to take to save New England’s founding fish. Five Actions to Save Atlantic Cod

How do we save Atlantic cod? These five conservation and management measures could help New England’s founding fish recover from its current overfished status. Petition to NOAA calls for prohibition on cod fishing

“There’s a fairly damning record of the agency (NOAA Fisheries, also known as the National Marine Fisheries Service) approving (New England Fishery Management) Council plans it should have known were not likely to end overfishing, and were not likely to put cod stocks on any rebuilding timeline,” said Peter Shelley, senior counsel for the foundation.

Atlantic cod is in crisis. For decades, our fishery managers have failed to take effective action to stem the problem. Now, a rapidly warming ocean is making cod’s precarious position even worse. Now, CLF is calling on the federal government to follow the law and rebuild Atlantic cod. If management doesn’t improve now, we could lose our founding fish forever. Atlantic cod has been overfished for decades, but at their most recent meeting, New England’s regional fishery managers recommended new catch limits that will further harm cod’s chance of recovery. This plan, called Framework 59, ignores the law and science. “Fishery managers are failing in their job to end overfishing of New England’s most recognizable fish species,” said Peter Shelley, Senior Counsel at CLF. “Cod is in crisis and the Council once again failed to make the hard decision needed to end overfishing and rebuild these stocks. The proposed limits are unlawful, and the federal government must disapprove them. Directed fishing on Atlantic cod should have been stopped years ago.”

Give Atlantic Cod a Break: The Role of Climate Change

This is part three of a three-part series on the current state of Atlantic cod in New England. Part three explores how a warming ocean is making problems caused by poor management worse. Read part one about the challenge of inaccurate data here and part two on decades of bad management here. The climate crisis… END_OF_DOCUMENT_TOKEN_TO_BE_REPLACED The Ocean Has Saved Us. Now, It’s Our Turn to Save the Ocean.

The world’s oceans are in dire straits. A startling UN report confirms what we at CLF have been saying for years: Without drastic measures to halt climate-damaging emissions and protect our oceans, life in New England, and around the world, will be forever changed. If we act now, we can still protect our oceans and way of life for future generations. But we don’t have a moment to waste.