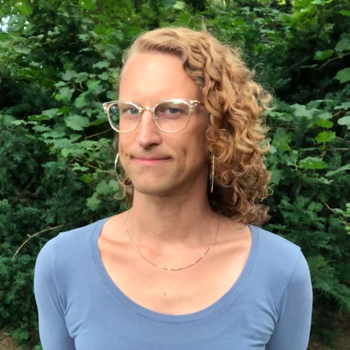 Johannes Epke is a Staff Attorney working in transportation, environmental justice, and climate resilience. Johannes brings her diverse legal, political, and organizing experience to bear to advance CLF’s goals in these areas. Prior to joining CLF, Johannes worked in election reform, and served as general counsel for American Promise in Massachusetts and grassroots organizer for Move to Amend in California and New York. She previously practiced environmental law in California, working in air pollution, energy, and environmental justice.

We Know Big Storms are Growing More Frequent and Severe. We Need to Prepare for Them Now.

It hasn’t been a year since the deadly storm that woke Texas and the nation up to the fragility of our electricity grid, yet it seems like we’ve already forgotten the lessons learned. Watchdogs in Texas say that regulators are falling down on the job, and the state still may have no winterization standards by…

Representation Matters When It Comes to Transportation Funding

Our Utilities Are Falling Down on Climate. Here’s Why They Need to Step Up.

If you’ve ever watched a person trip and fall, you know there’s an evolution in their response. At first, they probably tried to regain balance by waving their arms around or shifting their feet. But at some point, they realized they were going down and braced for impact. Humans are, collectively, falling down on climate…

How Massachusetts Can Make Things Right in the Merrimack Valley

Two years after gas explosions rocked the Merrimack Valley, Lawrence is still fighting to ensure the health, safety, and wellbeing of its residents. While Columbia Gas – the company responsible for the explosion that killed a local teenager and disrupted the lives and livelihoods of thousands – will no longer be operating in the area,…

See all posts by Johannes Epke