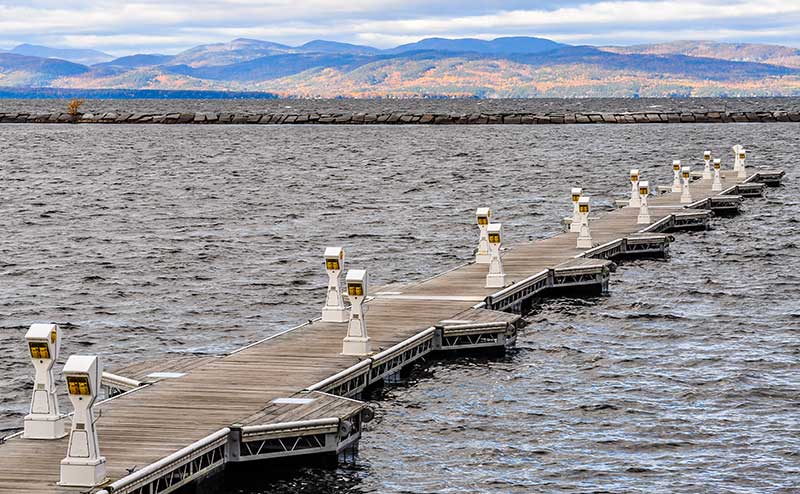 Clean water efforts in Vermont saw some wins this legislative session, along with some lost opportunities.

CLF was at the Vermont State House most days this past legislative session, which lasted from January to May. Our primary goals were to secure clean water funding and fight against attempts to weaken our water protections. Here is a list of our wins and losses for this year.

CLF worked with the State Treasurer, partner organizations, and the Vermont legislature to secure $35.9 million for clean water initiatives in the next fiscal year 2018, which starts on July 1. The majority of these dollars are restricted to the construction and implementation of conservation projects. Four million dollars are available for the planning and design stage of these projects.

Much more funding is needed, however, if the state is to meet its legal obligation to clean up Lake Champlain and other waterways across the state. The State Treasurer estimates Vermont’s clean water commitments cost roughly $62.4 million per year for the next 20 years. While the $35.9 million secured for the coming fiscal year is good news, it is uncertain what will happen after this money runs dry.

Vermonters have said that they are willing to pay for clean water. Now it’s time for the state to follow through in its commitments. CLF will be working hard this summer and next legislative session to ensure the legislature enacts a long-term funding mechanism that keeps the clean water dollars flowing.

CLF successfully worked with the legislature to regulate tile drains, the agricultural practice of installing pipes underground to manage water. While this practice can improve crop yields, it can also harm our lakes and rivers by amplifying water pollution. The Agency of Agriculture, Food, and Markets sought to postpone crafting rules and standards for tile drains until 2022, which would have created a seven-year delay from when the legislature first considered the potential harm of this practice during the enactment of Vermont’s Clean Water Act in 2015.

Moreover, the Secretary of Natural Resources, Julie Moore, has found that “high [phosphorus] concentrations in tile drainflows have been observed in the Lake Champlain Basin.” This is really concerning because we know Vermont needs to reduce the amount of phosphorus pollution entering the lake from farms by 54 percent (phosphorus is a major contributor to blue-green algae blooms, which force beaches to close and are linked to numerous health issues).

CLF worked with a number of partners to combat the Agency’s attempt to delay rulemaking. We won, and now the Agency must stick to the original timetable of regulating tile drains in 2018. CLF will be participating in this process, and will keep you posted when it begins.

CLF successfully fought against another attempt by the Agency of Agriculture, Food, and Markets to scuttle clean water action. This time, it was an attempt by the Agency to make farmer conservation data secret. In general, we believe that data created or collected by the government should be publicly accessible. Moreover, it is irresponsible to ask the public to invest in farming conservation practices and then deny them access to the plans and outcomes of this investment. We won on having this language struck; however, the Agency may try again next year.

The legislature did not move forward on stormwater regulation this year. Stormwater is a significant contributor to water pollution, and Vermont needs to do more to protect our rivers and lakes. When rain falls on pavement instead of soil, two things happen: first, it gains speed as it runs across, leading to erosion and flood risks. Second, it collects pollutants like oil, gas, pesticides, chemicals, and debris, and carries them into our waterways.

This session, CLF pushed for tighter rules that would require more developers to treat stormwater and prevent water pollution. Despite widespread support, this bill was not prioritized by the legislature. We will be narrowing in on this issue over the summer, and fighting hard to have the legislature take it up again next year.

Thank you to everyone who spoke up or wrote to your legislators in support of these critical bills this session. Be sure to sign up for CLF action alerts so you’ll be the first to know when your voice can make difference in pushing good ideas forward and stopping bad ideas from taking hold.