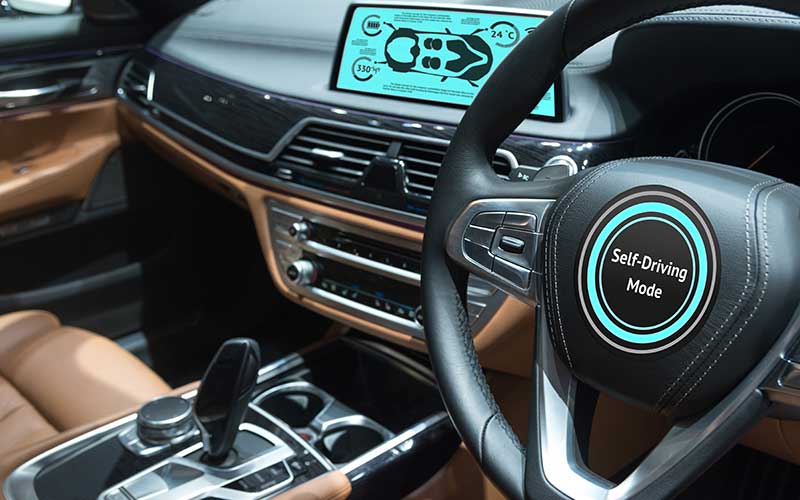 Self-driving cars are already on our streets – so how do we prepare now to integrate them into our transportation network? Photo: Zapp2Photo via IStock

Given the speed at which self-driving cars are joining conventional vehicles on the road already, it’s important to address some myths about them. Only by getting at what’s really happening right now can we make sensible plans for how self-driving cars can be safely and sensibly integrated into New England’s transportation network.

Myth # 1: Self-Driving Cars Are Still A Long Way Off

While self-driving cars are being tested in New England, they’re on the verge of full deployment outside the United States. In a matter of just months, nuTonomy plans to launch a fleet of self-driving taxis in Singapore. The United States won’t be far behind.

That means we can’t wait to figure out how self-driving cars will work on our roadways. We need to plan for the widespread adoption of this innovative new technology now.

One study estimates that “system-wide VMT [vehicle-miles traveled] could experience 37% growth.” If you add up the total miles that every car, SUV, and truck in the United States spends on the road every year, then increase it by a whopping 37%, that’s hardly a recipe for fewer traffic jams.

What’s more, another study suggests a 60% increase is possible. Still another finds that if commuters decide to opt for shared self-driving cars instead of buses, overall miles traveled could increase by 90%. There are many reasons for this predicted increase, including the convenience of self-driving cars, lower driving costs, and the prospect of greater access for more people – in particular, young people without a license, seniors who can no longer drive, and people with disabilities.

While the relationship between miles traveled and congestion isn’t totally straightforward, there’s no question that increasing miles traveled means that cars will be out on the road more, which will tend to increase congestion. One solution is to limit or charge a fee for miles that zombie vehicles (self-driving cars without passengers) drive.

(Why would a self-driving car be on the road without a passenger? Think of someone running into the grocery store and having their car drive around the block while they’re inside rather than parking it. Or a Lyft or Uber car driving around a popular pick-up spot while waiting for a pick-up.)

Making it illegal or expensive to let an empty car drive endlessly will reduce overall miles traveled and, therefore, congestion. That’s why we’ve supported a bill that would accomplish just that in Massachusetts.

There’s a lot more to say about self-driving cars, which you can find in part two – including the idea that self-driving cars will cut air and carbon pollution and that they’re not as safe as cars with drivers. In the meantime, to stay up to date on how you can support legislation that helps us prepare for our self-driving future, sign up for CLF action alerts here.