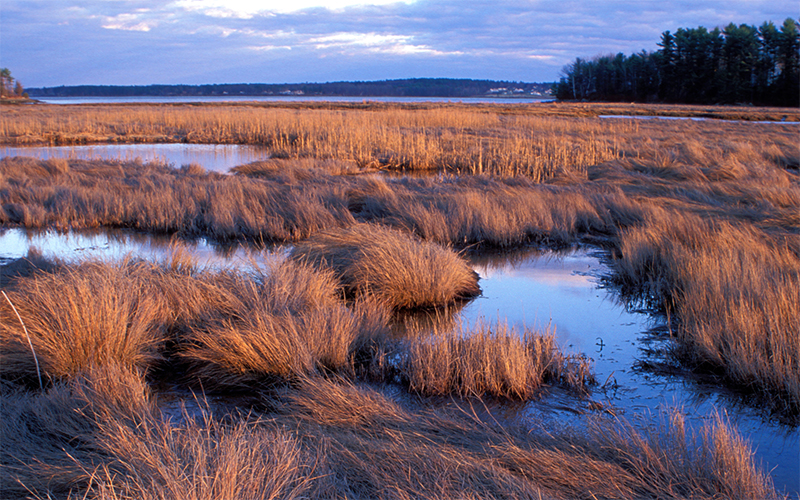 Nitrogen is a critical stressor to the Great Bay-Piscataqua Estuary. Some towns have made progress reducing nitrogen pollution, but a group of municipal officials are resisting the changes that could save Great Bay. Photo: EcoPhotography

The Great Bay-Piscataqua estuary is an incredible place. It’s home to numerous fish and bird species and provides spectacular fishing, boating, and recreation for the people of New Hampshire, Maine, and beyond. But persistent high levels of nitrogen pollution have disrupted these waters, and while progress is being made, some municipal officials are fighting against the changes that can save Great Bay.

In my role as the Great Bay-Piscataqua Waterkeeper, I see the impacts of nitrogen pollution every day. Great Bay has lost more than half of its eelgrass beds – an essential, cornerstone habitat for the estuary – and eelgrass has disappeared almost entirely from Little Bay and the Piscataqua River. Other signs of decline include the presence of nuisance algae and struggling native oyster beds that once covered vast expanses of the estuary.

While many communities are making real progress to reduce nitrogen pollution in the Great Bay estuary, a small group of municipal officials from Dover, Rochester, and Portsmouth (the so-called Municipal Coalition) has been fighting back to thwart continued progress, pressuring regulators to ease up on future nitrogen regulation.

The Municipal Coalition’s strategy of nitrogen denial is very much like climate denial. It distracts and confuses people, wasting precious time and money that could be used to create healthier communities. A recent investigation by the Portsmouth Herald reported that more than $6.3 million has been spent by taxpayers in Rochester, Dover, and Portsmouth to fight the Environmental Protection Agency and discredit prevailing scientific consensus. In many cases, councilors in these cities don’t even know that municipal staff is engaged in this campaign of nitrogen denial.

The science on this issue speaks for itself. The health of the Great Bay estuary is assessed every five years by the Piscataqua Region Estuaries Partnership (PREP), a collaborative of scientists who study the biology, chemistry, ecology, and dynamics of the estuary through millions of sampling and monitoring data points.

One of the main messages from PREP’s 2018 State of Our Estuaries Report is that nitrogen is a “critical stressor” on the health of Great Bay. Nitrogen levels in the Great Bay estuary are nearly three times higher than the thresholds for healthy eelgrass based on studies of 62 other estuaries in New England.

Despite the consensus understanding about need to further reduce nitrogen pollution, the Municipal Coalition presses on, with a staggering revisionist view of the data to support their anti-regulatory agenda. They claim that they are not seeking rollbacks of water quality rules, but the record proves otherwise. In a recent letter to the EPA Regional Administrator, the Coalition requests a new permit for Dover’s sewage treatment plant with no nitrogen limit at all, and a determination that the Piscataqua River doesn’t need any additional nitrogen reductions.

Fortunately for the health of the estuary and our communities, local citizens are speaking up for clean water. In addition to local votes overwhelmingly supportive of clean water investments (such as upgrades of Newmarket’s and Exeter’s sewage treatment plants), Seacoast residents are speaking up against nitrogen denial and anti-regulation efforts, urging EPA not to rollback protections. In February, for example, dozens of local residents joined me in urging EPA New England to build on existing progress and  continue to tackle the problem of nitrogen pollution.

There are many encouraging changes happening all around Great Bay. Durham, Newmarket and Newington have all upgraded their sewage facilities, and Exeter’s new plant is under construction. With Waterkeeper support, citizens in Dover and Portsmouth fought for City adoption of resolutions to reduce the use of toxic pesticides and fertilizers on city streets, parks and sports fields. And when alerted that the Municipal Coalition was trying to influence the new Regional Administrator of EPA, dozens of concerned citizens turned out to talk about why they care about – and will fight for – healthy rivers and bays in the Seacoast.

We all deserve a clean Great Bay estuary, and despite the anti-regulatory efforts of a small group of officials, I’ll continue working with our Seacoast communities to ensure we get there.