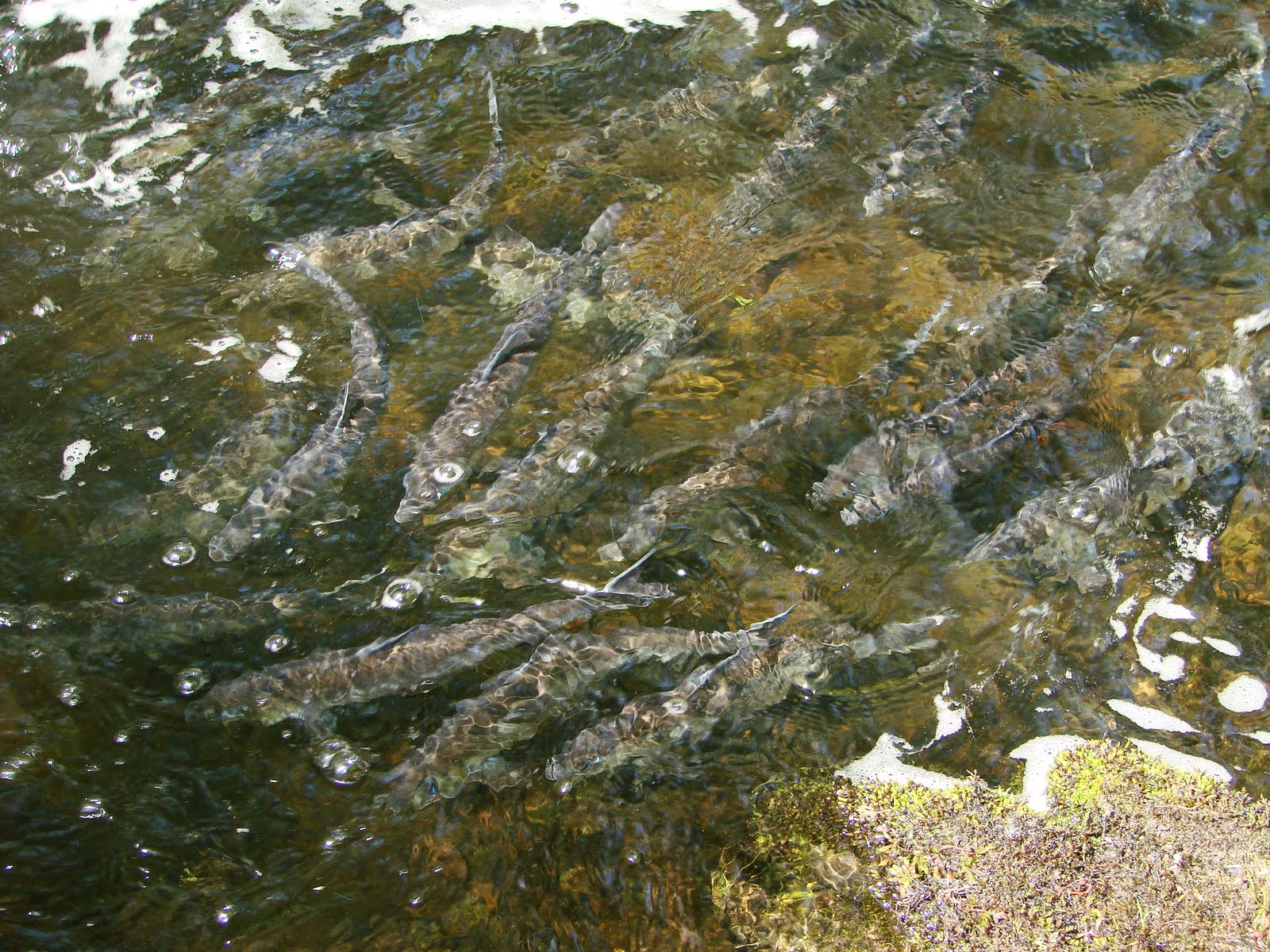 After 18 years, Maine alewives can finally swim freely into their ancestral habitat on the St. Croix River.

On Monday, April 22nd, with little fanfare legislation that essentially repeals a Maine law passed in 1995 that has prevented alewives from using existing fish ladders to surmount the Woodland  and the Grand Falls Dams on the St. Croix. The law comes into force without the usual fanfare because Governor LePage refused to sign it but also couldn’t veto it in light of its overwhelming support in the Legislature.

This victory caps a two-year effort by CLF advocates to restore a fishery that numbered close to 3 million before the 1995 law closed the fish ladder and the number of alewives dwindled to less than 10,000. The alewife, an anadromous fish that lives in the ocean but travels up rivers each spring to spawn, is a “keystone species” that provides food for many animals, birds and larger fish species native to Maine’s marine and fresh waters. In a classic case of fisheries mismanagement, despite its recognized importance, the fate of the alewife was sacrificed upon the altar of bad science and even worse politics.

Last year CLF successfully filed suit against the EPA to enforce the Clean Water Act’s water quality standards, resulting in a conclusion by EPA that there was no “…sound scientific rationale for excluding indigenous river herring (or other migratory species) from the St. Croix River.” CLF then used that decision as a basis in a subsequent suit against the State to invalidate the law. We at CLF are pleased that these lawsuits, which received not just the support of the EPA, but also the many organizations across the state of Maine, including the Passamaquoddy Tribe, who have had their shoulder to this wheel for many years, helped to move the legislation to become a law.

“It’s a historic moment,” Rep. Madonna Soctomah, who represents the Passamaquoddy Tribe in support of the legislation, was quoted as saying in the Portland Press Herald. “It’s a really good day for Maine people and the environment.”

That’s a belief that was shared widely amongst Maine’s legislature. The Marine Resources Committee unanimously endorsed the bill, before it went on to pass by a margin of 123-24 in the House and 33-0 in the Senate.

It is truly an historic occasion and one that would not have been possible without the commitment and hard work of a coalition of fishermen, environmentalists, the Passamaquoddy Tribe and many others.

To be sure, there are still challenges to meet to ensure that the St. Croix native fisheries are fully restored to the watershed, including upcoming relicensing proceedings for the Vanceboro and Grand Lake dams further up the St. Croix River. We look forward to continuing to work with on those efforts, and to restoring not just the St. Croix but other rivers in Maine.

For a full archive of CLF’s blog posts and updates on L.D. 72, click here or visit: https://www.clf.org/blog/tag/alewives/